Refined and Efficient Helping the Winter Olympics
Beijing Yugou Group entered the “Ice Ribbon” – National Speed Skating Hall
On the afternoon of October 17, 2018, Beijing Yugou Group organized more than 50 middle and senior management personnel of the group to visit and study at the construction site of the National Speed Skating Stadium under construction.

The sky is clear and there are tower cranes. After the autumn rain, the Olympic Forest Park is more clear and pleasant. The National Speed Skating Stadium on the south side of the Tennis Center is under intense and orderly construction. 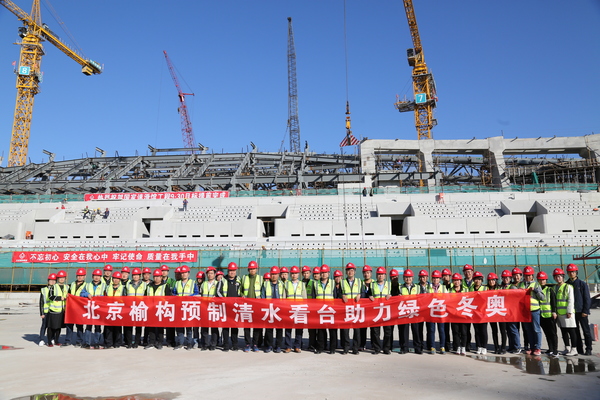 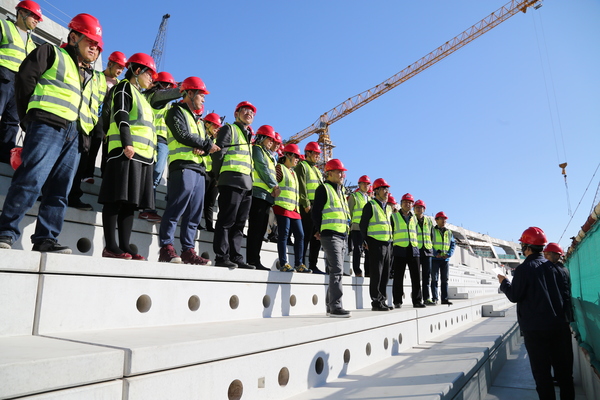 Afterwards, a group of people came to the west stand to observe the scene. From one corner, the entire stand area was arranged in an orderly and well-organized manner. From the straight line to the curved section, it was too natural. The texture of fair-faced concrete was more soft and tidy in the bright sunlight. ; Each prefabricated stand has clear edges and corners and neat lines, reflecting the highest technical level of my country’s fair-faced concrete prefabricated stands. 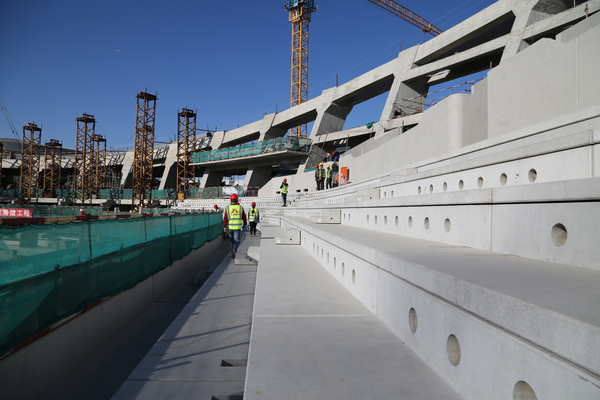 Wang Yulei, general manager of Beijing Yugou Group, said that the National Speed Skating Stadium is the main venue of the 2022 Winter Olympics and a national key project. The entire prefabricated stand project, from schematic design to mold production, component production, transportation and installation, fully reflects the The Group’s integrated advantages. In the next step, Beijing Yugou Group will continue to promote the production and construction of various engineering projects under the leadership of superior leaders, continuously improve and optimize the integrated layout, and create a “fabricated building integrated construction industry group with unique Yugou characteristics” ”, reshape the new value of the construction engineering industry chain with the thinking of construction industrialization, and continue to contribute to the construction of the capital and the Beijing-Tianjin-Hebei city! 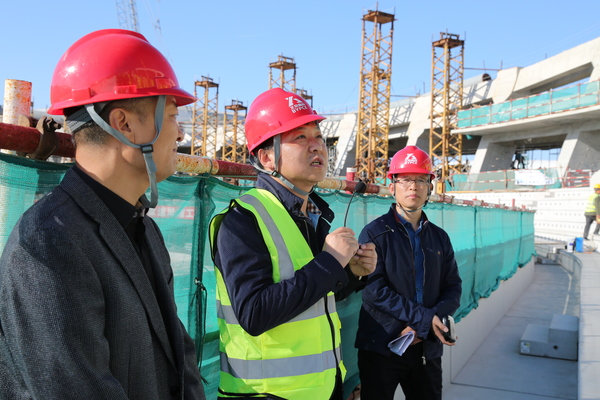 The National Speed Skating Stadium is the main competition venue in the Beijing area of the 2022 Beijing Winter Olympics. It has a beautiful nickname of “Ice Ribbon”. The venue is located on the south side of the Beijing Olympic Forest Park Tennis Center, with a construction area of about 80,000 square meters.

“Ice Ribbon” is another project undertaken by Beijing Yugou Group after more than 10 years of quality inheritance and technological innovation after a series of Olympic projects such as the main stadium of the 2008 Beijing Olympic Games, the National Stadium (Bird’s Nest), the Olympic Shooting Hall, and the Olympic Tennis Center. Olympic Engineering. At present, Beijing Yugou Group is providing production and installation services for fair-faced concrete prefabricated stands for the construction of the National Speed Skating Pavilion. The application of prefabricated curved stands and green recycled concrete in the stadium is the first time in the history of construction engineering in my country.