Ten years of sharpening a sword, showing the edge at present – the tenth anniversary of the establishment of Hebei Yujian Building Materials Co., Ltd.

In May 2010, Hebei Yujian Building Materials Co., Ltd. took root in Gu’an County, Hebei Province. As the prefabricated construction industry base of Yugou Group, relying on the group’s strong industry accumulation and technical strength, it has been singing and forging ahead all the way. Now it has gone through 10 years. Years of development.
At present, it has developed into the first batch of prefabricated construction industry bases and high-tech enterprises in Hebei Province. Factory environment
In the past ten years, Hebei Yugou has continuously innovated and developed in the fields of municipal segments, bridges, prefabricated houses, prefabricated public buildings, prefabricated industrial buildings, and high-performance mold development and production, and has established a complete production process system.
It has successively completed the underground diameter line project from Beijing Railway Station to Beijing West Railway Station, Beijing Metro Line 6, Line 10, Line 14, and Line 15, the South-to-North Water Transfer Project, the construction of the municipal highway around Beijing, the Beijing-Tianjin-Hebei prefabricated housing project, and Supply of prefabricated components and molds for a number of national key public buildings and stadium projects.
Decade of Development Review 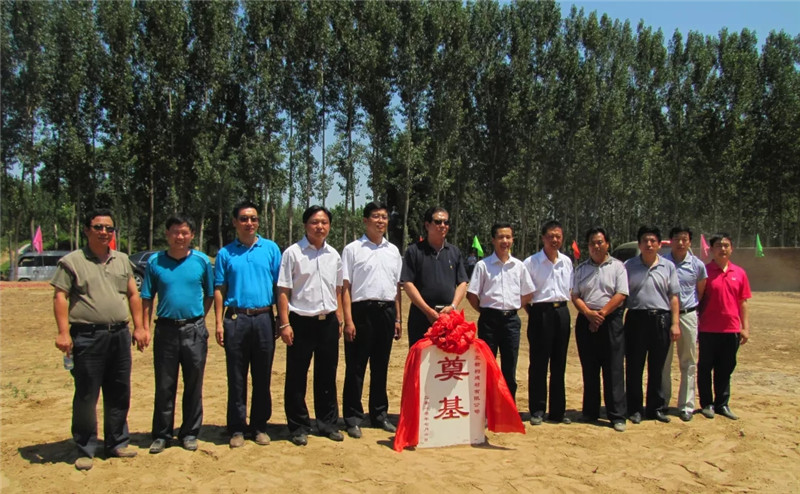 Year2010
On July 6, 2010, at the foundation stone laying ceremony of Hebei Yugou, leaders of Beijing Yushuzhuang Investment Management Company took a group photo with the leadership of Dongwan Township Government. 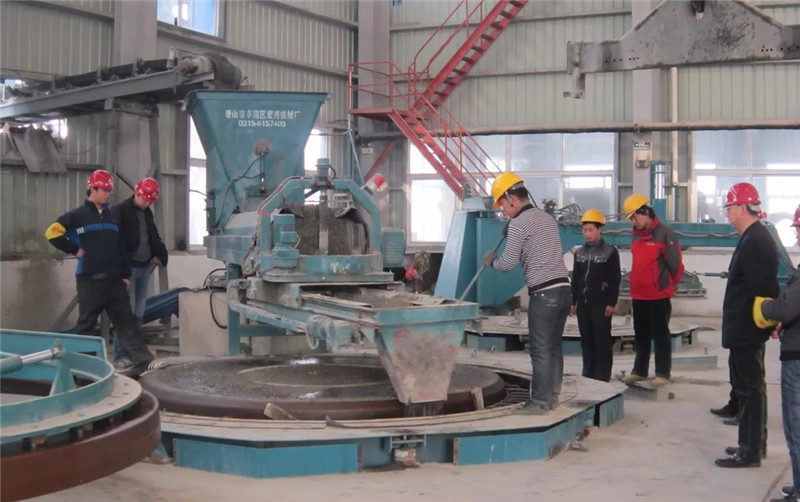 After the preliminary preparation, after the establishment of the factory, a mandrel vibration pipe making workshop and a segment production line have been built, with the production capacity of drainage pipes and segments.
In the same year, it began to produce large segments with a diameter of 11.6 meters for the underground diameter line from Beijing Railway Station to Beijing West Railway Station.

year 2011
Completed the enterprise environmental assessment filing and the first audit of the three systems. 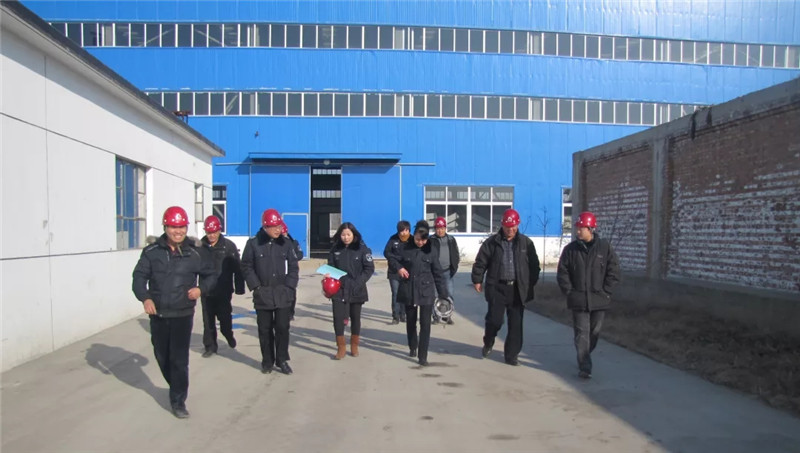 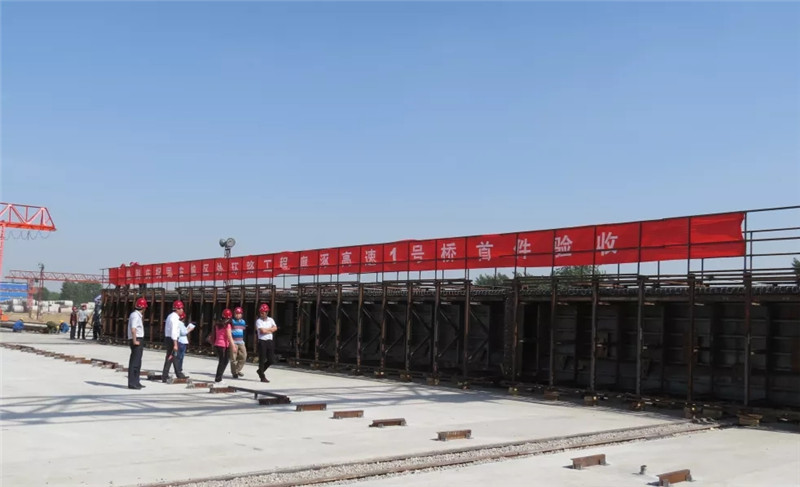 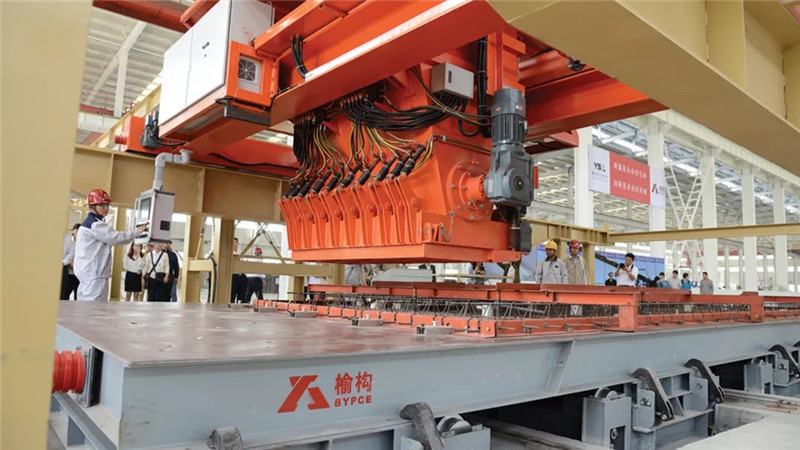 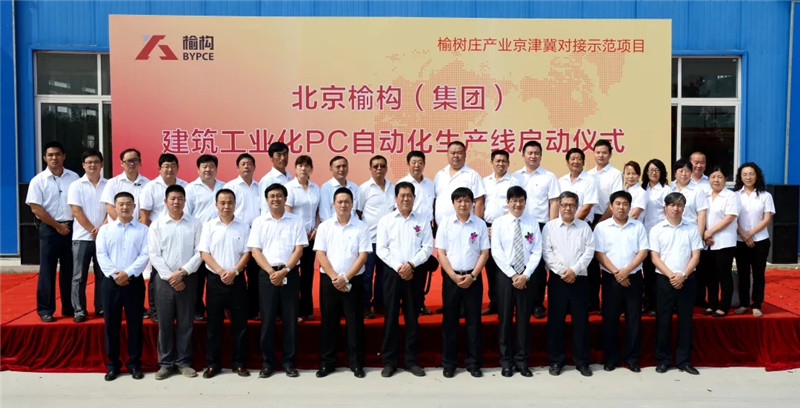 The PC automatic production line for construction industrialization was officially put into operation, and the production of prefabricated residential components began.
Year 2016 Successfully declared to be the first batch of prefabricated building production bases in Hebei Province.
Year 2017 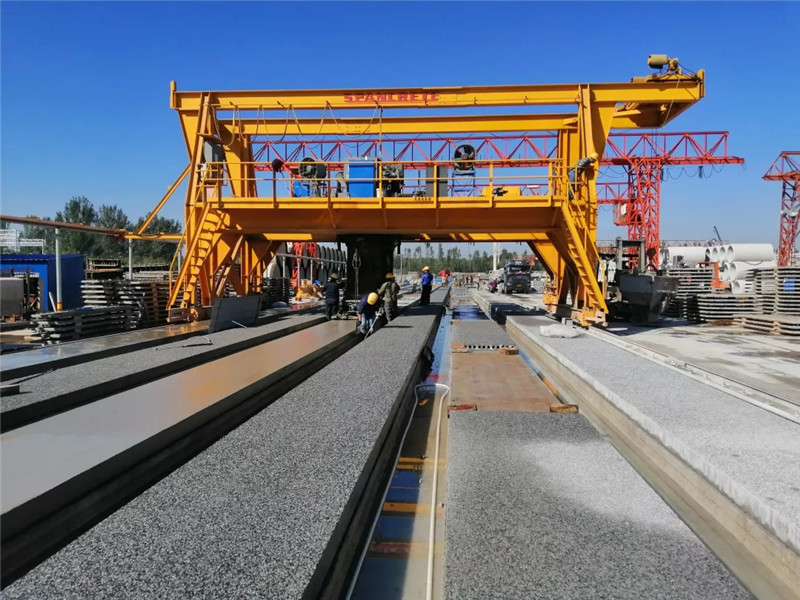 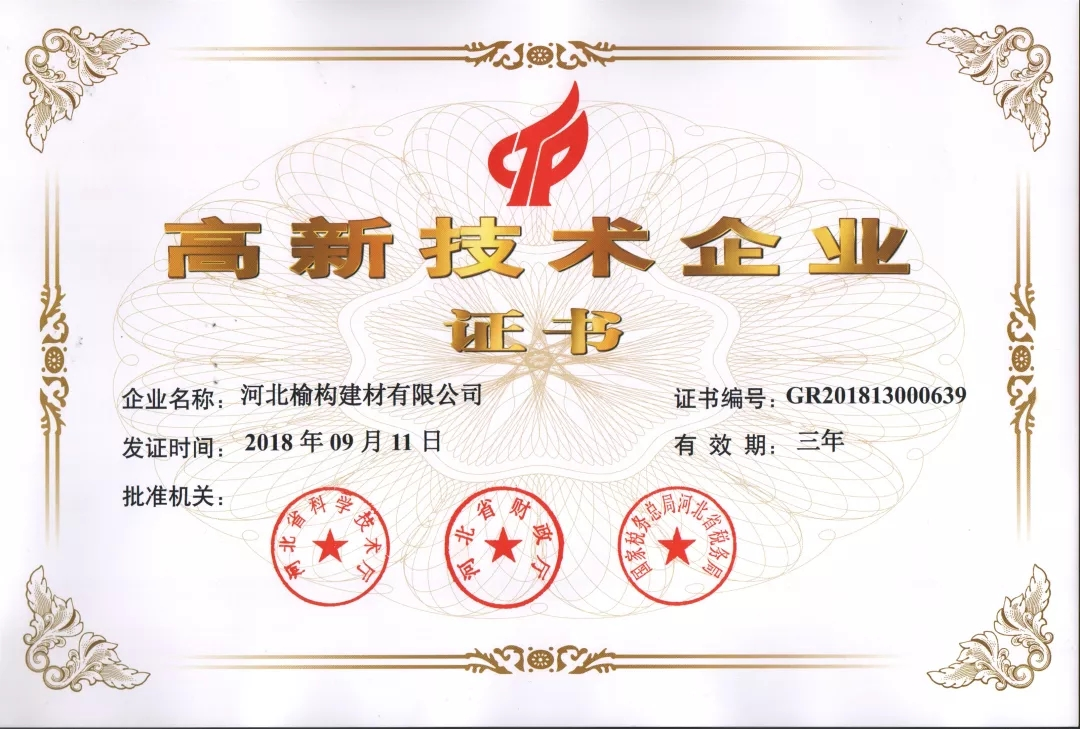 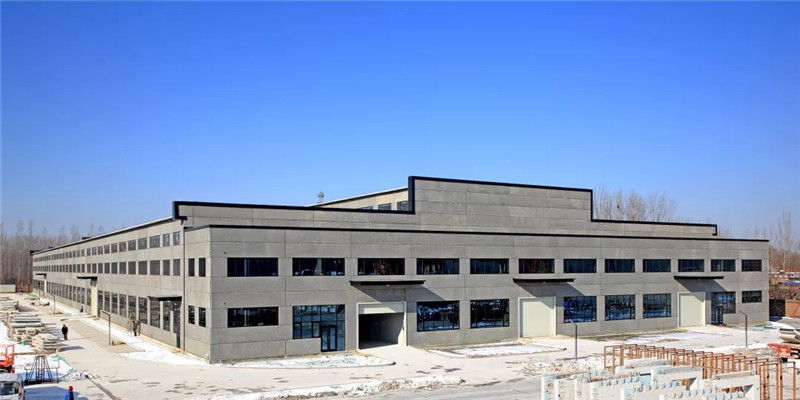 Developed and completed the component production and construction of a new type of dry-connected fully-assembled industrial plant with the structure of “SP board + double T board”.
Year 2020
An automated mold production line has been built in the newly completed new industrial plant, which will be put into production soon.

Ten years of sharpening, accumulation and precipitation;
Ten years of development, challenges and leaps.
In the past ten years, Hebei Yugou has kept pace with the times and made great efforts with the rhythm of the times and the ups and downs of the market. With unprecedented scale, speed and quality, it has realized the leap-forward development from a traditional enterprise to a modern enterprise. In the field of prefabricated buildings, we continue to carry out technological innovation and exploration and practice, and have obtained 1 invention patent and 16 utility model patents.
In the future, Hebei Yujian Building Materials Co., Ltd. will continue to rely on Yugou Group to focus on building a PC factory with intelligent manufacturing as the core, forming a high-performance mold R&D center, municipal PC factory, industrial building PC factory and other product categories, with production capacity covering Beijing-Tianjin-Hebei A diversified prefabricated construction industrial park. 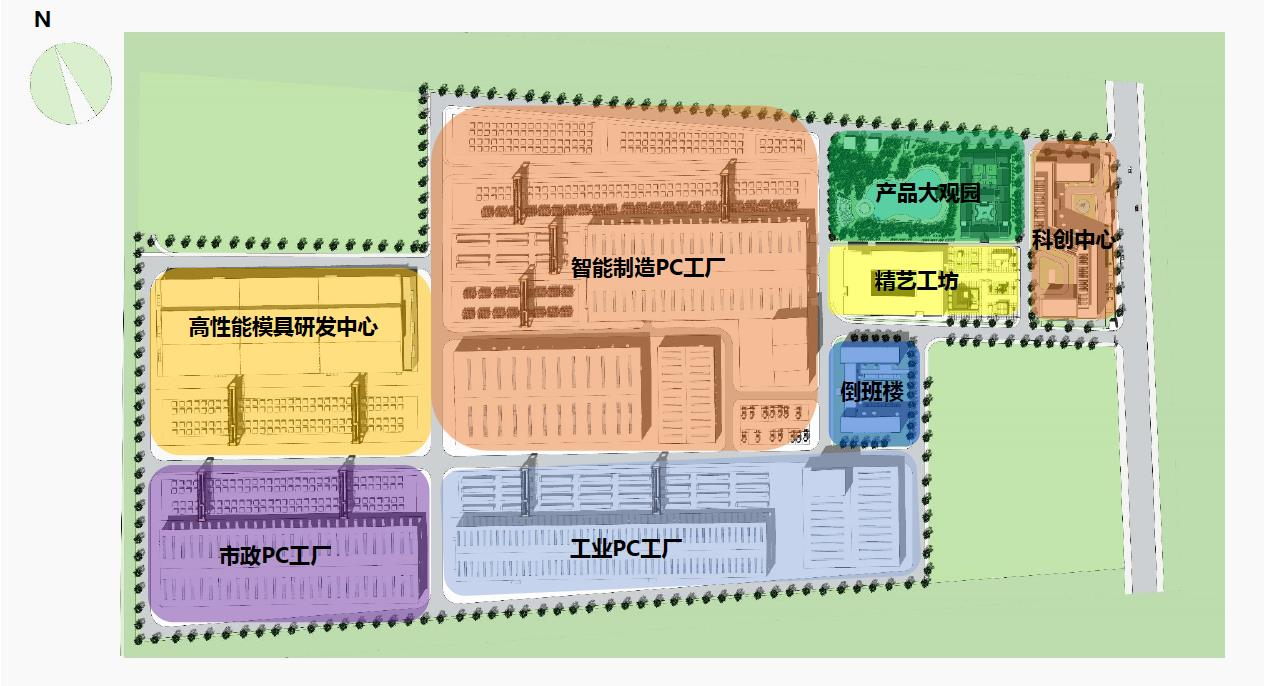 The development of Hebei Yugou in the past ten years is inseparable from a conscientious and enterprising team. They work hard in the field of prefabricated buildings with a persistent, efficient, diligent and pragmatic attitude; of focus and perseverance.
In the future, this team will gather more high-quality talents with a more professional, progressive and challenging spirit, and jointly build Hebei Yujian Building Materials Co., Ltd. into a technology-based, green-type assembly with leading technical strength and high-quality products and services in Beijing-Tianjin-Hebei. construction industrybase. 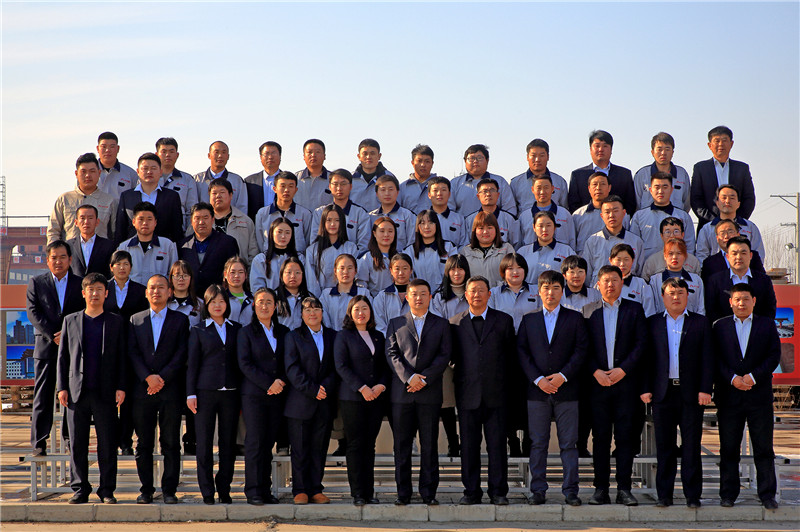 Group photo of Hebei Yugou managers in January 2020
Looking back on the past, passion is surging;
Looking forward to the future, full of pride.
The future has come, a new starting point, set sail!